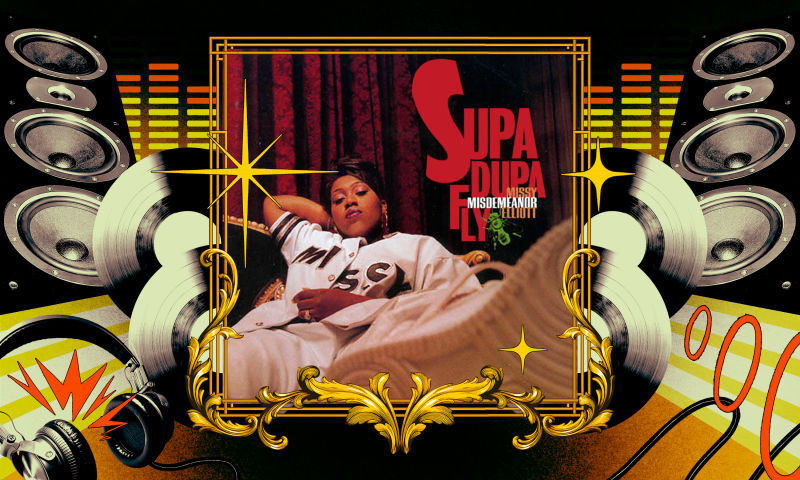 This week at VSB, we’re running a series called Albums That Changed My Life in which different writers let you in on the music that helped shape and mold them into the people they are now. Today we hear from Ashlee Haze as she tells us lessons she learned from Missy Elliott’s Supa Dupa Fly.

Urban Dictionary defines “fly” (adj.) as “cool, in style.” Let’s be honest—Missy Elliott could have stopped there. But she knew that there was something more—something “supa dupa” about this masterpiece of an album. Afrofuturism. Feminism. Body positivity. All terms that would elude 8-year-old me until more than a decade after experiencing Missy’s Supa Dupa Fly in all its glory. Even though I didn’t have the formal language for what I was experiencing, I knew how to call it magic.

I had questions that needed answers, dammit. And the answers were there, between Timbaland’s drums and Missy’s seamless transitions from singing to emceeing. I just needed to be a student. In hindsight, I realize I probably had no business listening to this at the time. Who knew Da Brat wasn’t talking about swimming when she mentioned the backstroke in “Sock It to Me”? Some days I think I found Missy before I was ready. I also recognize that some of the best things in life you can’t get ready for.

One of the lessons Supa Dupa Fly teaches is the necessity of women’s voices. It would have been easy for Missy to exclude women from her narrative and to write other female emcees off as catty, like many have …

J’Nai Bridges Is Ready
Rihanna, Queen of the Red Carpet, Will Host the 2018 Met Gala