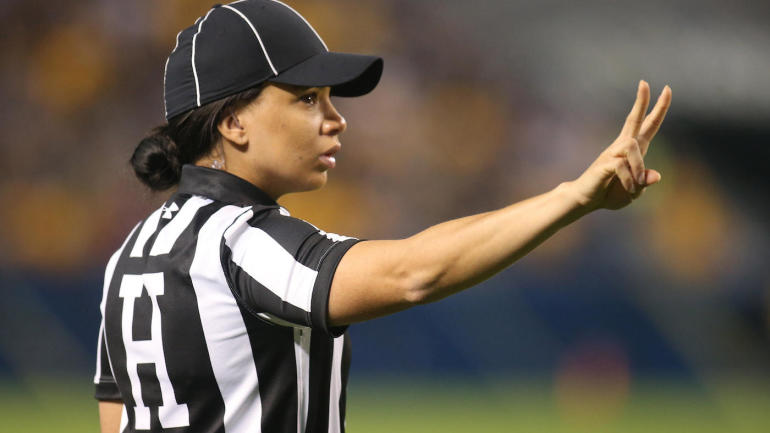 By Patrik Walker via https://www.cbssports.com/

Maia Chaka has made history. As of late, the NFL has taken up the mantle in working passionately to stimulate equality in its ranks. That includes making sure the world understands women are not only welcome in the sport of football, but that they can and are already an integral part of its increasingly growing success. In 2020, the spotlight was on a Tampa Bay Buccaneers staff when Lori Locust and Maral Javadifar carved a path for women looking to make a name for themselves on NFL coaching staffs, and also Sarah Thomas, who became the first woman to ever officiate a Super Bowl.

Chaka made her own footprint in the history books. When the New York Jets lined up to take on the Carolina Panthers on Sunday, she officially became the first Black woman to officiate an NFL game.

“It’s a privilege that I’ve been chosen to represent women and women of color in the most popular sport in America,” Chaka said via an official NFL Instagram post ahead of the game.