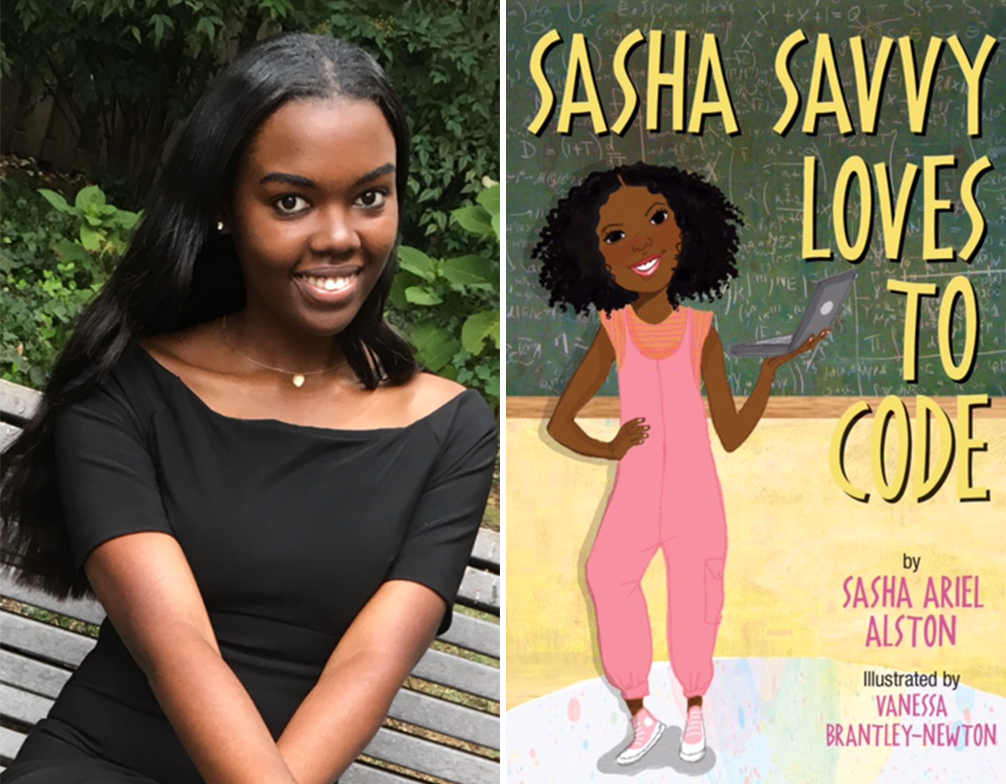 The tech industry has a gender diversity problem. A 19-year-old from Washington D.C. is pushing back with a new book. Sasha Ariel Alston began writing “Sasha Savvy Loves to Code,” a semi-autobiographical story about a 10 year-old African American girl and her friends attending an all-girls coding camp. Her goal was to inspire young girls to pursue science, technology, engineering, and math, while teaching some programming basics as well.

When Alston completed the book as a sophomore at Pace University’s Lubin School of Business, she brought it to Kickstarter in an effort to raise $5,000 for “final production, printing, and distribution costs.” There, the book found a wildly receptive audience: “Sasha Savvy Loves to Code” reached its $5,000 goal in four days, and raised $17,602 by the end of the campaign. Alston is still talking with publishers and there is no release date just yet.

Even though the book garnered overwhelming support online, while writing, Alston kept it a secret from her friends. Alston considers herself a nerd, but the stigma surrounding coding makes her uncomfortable. “My friends knew that I was interested in coding and they would call me a nerd. They would say a lot of mean stuff,” she said. “My friends didn’t know about the book until I announced it because I didn’t want them to know or say anything about it.”

Part of the problem is a self-sustaining cycle. According to portrayals…