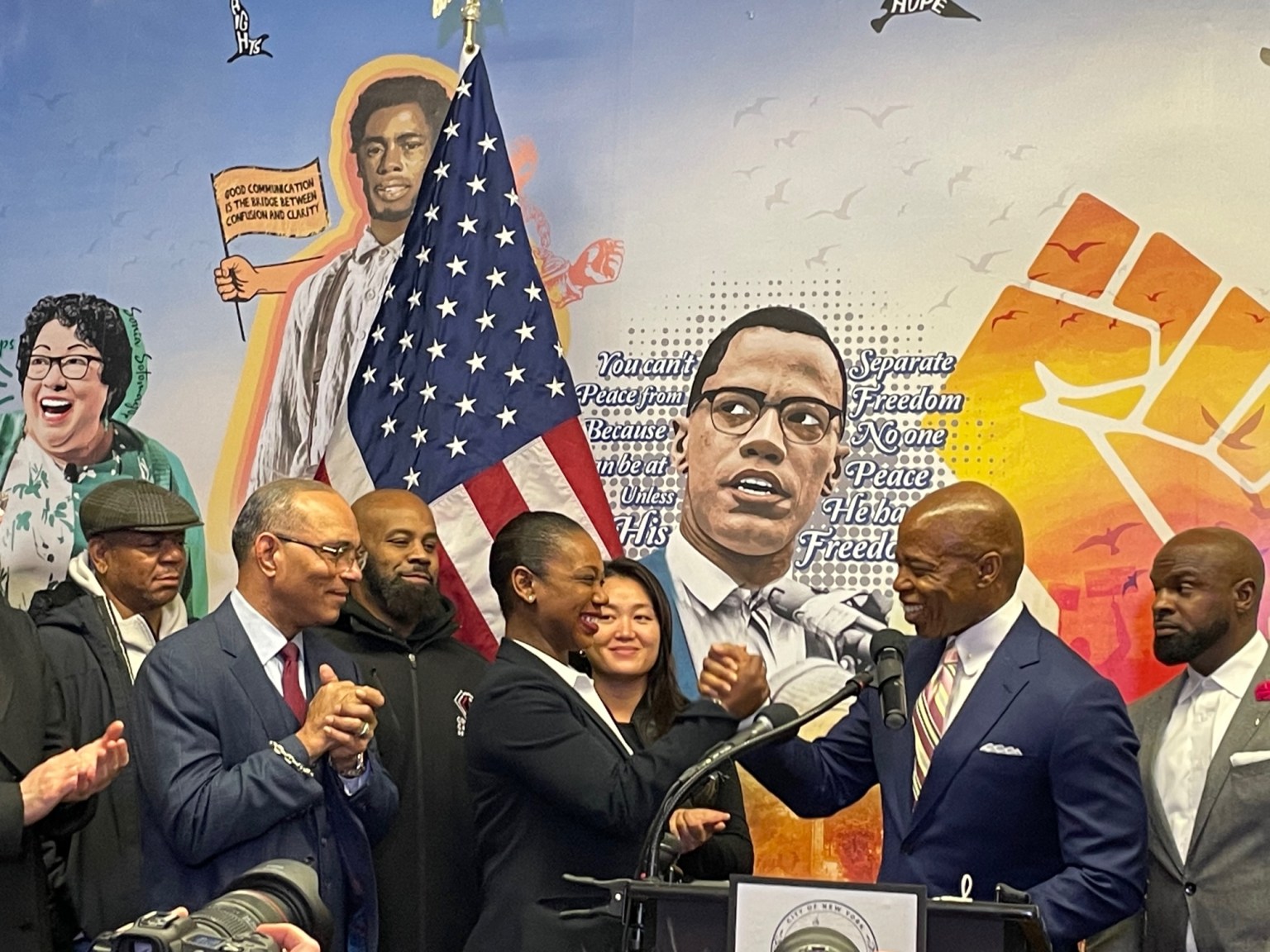 Mayor-elect Eric Adams announced his choice for New York City’s next police commissioner Wednesday morning. Adams named Nassau County Police Chief of Detectives Keechant Sewell, 49, as the incoming police commissioner. She will be the first Black woman to hold the role in the history of the NYPD.

“I am mindful of the historic nature of this announcement,” said Sewell at the press conference. “I bring a different perspective. Committed to making sure the department looks like the city it serves and making the decision, just as Mayor-elect Adams did, to elevate women and people of color to leadership positions.”

Sewell is a Queens native, and the third Black person to run the NYPD, reported the Associated Press. Former commissioners Benjamin Ward and Lee Brown served in the 1980s and 1990s before her, said the AP. Meanwhile, Rodney Harrison, the NYPD’s first Black chief of detectives, is reportedly headed out to Long Island in an…