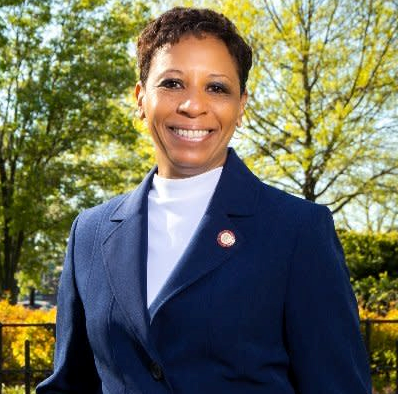 Despite some initial confusion online, Queens Democratic Council Member Adrienne Adams is poised to become the next New York City Council speaker, and the first Black person and woman to hold the office.

The official city council vote for speaker will not happen until January, but the preliminary polling of voting councilmembers indicates that the field has narrowed. Candidates need at least 26 pledged votes on the 51-member council to become speaker.

Councilmember Francisco Moya and Adams had both claimed majority support on Tuesday, Dec. 14, in a mild Twitter war, but by Friday, Dec. 17, Adams had it in the bag.

5 Things To Know About Tiauna Jackson: The First Black Woman Elected To The Association Of Talent Agents
Meet The Woman Behind The Iconic “Woman Stepping Into The New Year” Artwork