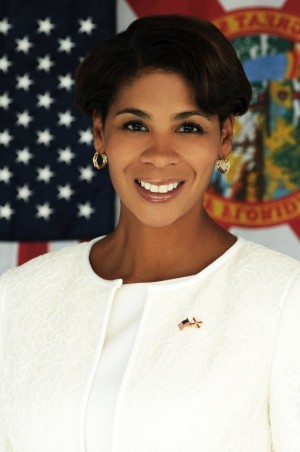 Pam Keith is seeking to make history in Florida by becoming one of the few Black female veterans to win a seat in the U.S. House of Representatives. Keith is the leading Democrat for Florida’s 18th congressional district. She will face Rep. Brian Mast (R-Fla.), a freshman, in next year’s general election and she told the AFRO she is up to the task of being a successful candidate and a member of Congress.

“I am running for Congress because I believe in the saying ‘to whom much is given, much is required’,” Keith said. “I have been a lifetime advocate with training in the Navy and as a lawyer. I am prepared to be an advocate and there is a need for an advocate in Washington, D.C.”

Keith, whose father served in the U.S. Navy and the U.S. Foreign Service, lived in Turkey, Morocco, and Syria as a child before moving back to the United States with her family. She received her bachelor’s degree in rhetoric and communications in 1990 and a master’s in that field in 1992 and earned a juris doctorate from Boston College School of Law in 1995.

The southeastern Florida district Keith seeks to represents stretches from Fort Pierce to Palm Beach and contains all of St. Lucie and Martin counties as well as the northeastern part of Palm Beach County. The district is 81 percent White and 12 percent Black.

Keith was a candidate for the U.S. Senate seat in 2016 but lost the Democratic nomination. She supports Obamacare, a woman’s right to choose, comprehensive immigration reform, public education, and good services for veterans. She is a proud patriot, championing American diplomacy and global leadership and is pro-Israel and embraces the peace process for that troubled region of the world.

Holding President Donald J. Trump accountable will be a priority and she doesn’t have a problem with voting for his impeachment, she said. “I have a better skills set than Rep. Mast,” she said. “He takes his cues from his party’s leadership and he doesn’t stand up to the GOP and Donald Trump. As a member of Congress, I will lead …