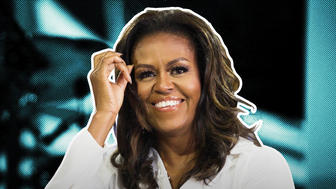 By Michelle Duster via https://www.huffingtonpost.com

“Yes I’m black. Yes I’m a woman. Yes I grew up working-class. How dare someone say I don’t love my country, that I don’t belong.”

Those words rang out in Chicago’s United Center Stadium as thousands of black women and girls listened to former first lady Michelle Obama discuss her life before and during her years in the White House.

After spending eight years as the first lady and two years working on her just-published memoir, Becoming, Michelle Obama returned to her hometown as a superstar, ready to launch her multi-city book tour with what was billed as an “intimate conversation” with fellow Chicago sister Oprah Winfrey.

Before she became first lady and a household name, however, Obama was a regular girl from the South Side, just like me. Growing up, we were taught to think beyond our circumstances and believe that we deserved the best. We were encouraged to enter competitive educational and professional worlds that had not been open to our parents.

Outside of our neighborhoods and social circles, however, we were met with attitudes that we were “exceptions,” not the norm. We learned to ignore or overcome the…

Read More: Michelle Obama Is Proof That Black Women Can Become More Than Their Wildest Dreams

Continue Reading
You may also like...
Related Topics:Michelle Obama