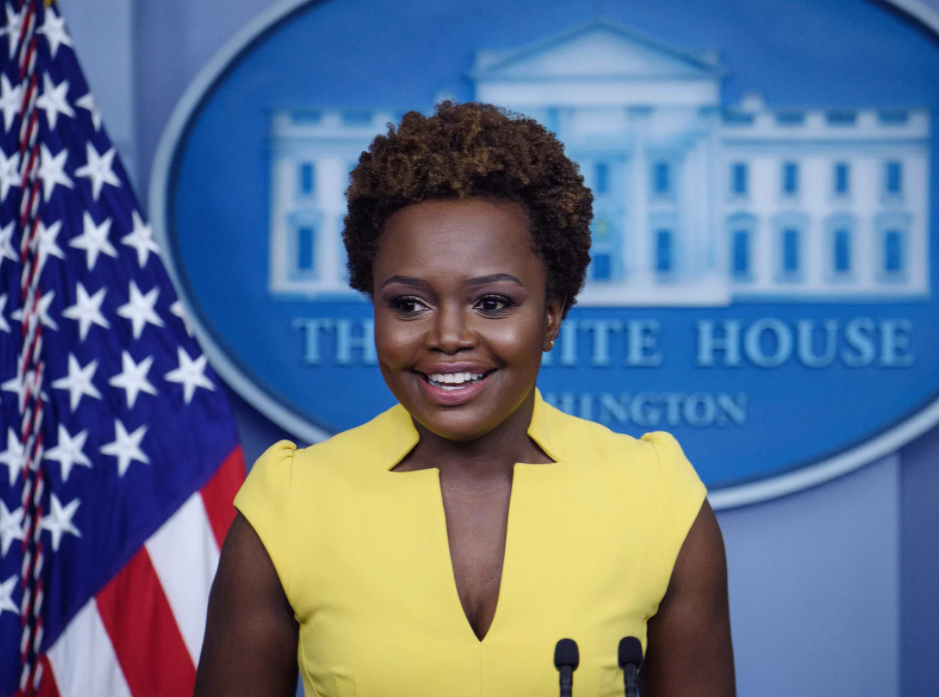 By AYESHA RASCOE via https://www.npr.org/

When Karine Jean-Pierre stepped behind the lectern to take reporters’ questions in the briefing room Wednesday, she was the first Black woman to speak for the White House in that capacity in three decades.

Jean-Pierre, the principal deputy press secretary for the Biden White House, kicked off the day’s briefing with news about another woman making history: Kristen Clarke.

She announced that the Senate confirmed Clarke on Tuesday as the first woman and first woman of color to lead the Justice Department’s Civil Rights Division.

Just a few questions into the briefing, Jean-Pierre was asked about how she felt about her own historic turn.

“It’s a real honor just to be standing here today,” Jean-Pierre said. “I appreciate the historic nature, I really do. But I believe being behind this podium, being in this room, being in this building, is not about one person. It’s about what we do on behalf …