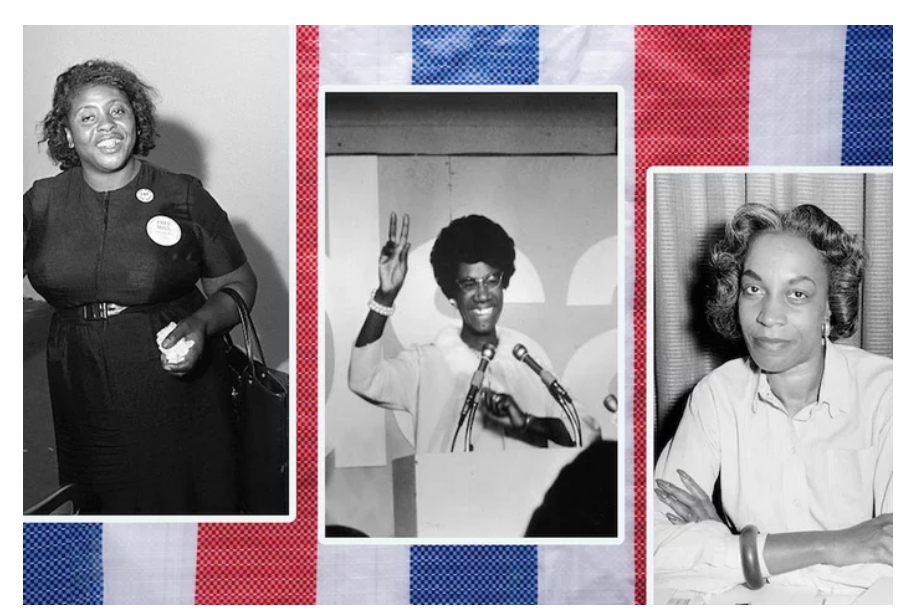 Black women have always been the defenders of American democracy. Never ones to sit back and accept the unequal treatment America offered them, Black women have often pioneered platforms that not only ensure their own equality, but the equality of all marginalized peoples.

Just a few years before my parents were born, Fannie Lou Hamer, a Black woman and activist, helped to rewrite voting laws in our government. After enduring two arrests and a beating that resulted in lifelong injuries—all because she registered to vote—Hamer called out the Democratic Party for not advocating for Black political participation at the 1964 Democratic Convention. She spent that summer of 1964 registering hundreds of African-Americans voters, and because of her efforts, President Lyndon B. Johnson signed the 1965 Voting Rights Act, prohibiting racial discrimination in voting.

Only four years after this victory, Shirley Chisholm became the first Black woman elected to Congress in 1968. Known as “Fighting Shirley,” Chisholm championed over 50 pieces of legislation that prioritized racial and gender equality. In 1972, she made history by becoming the first Black woman to bid for the presidency while facing incessant discrimination. Chisholm was banned from participating in televised …

Read More: Let’s celebrate the Black women who have made a female president possible

Continue Reading
You may also like...
Related Topics:politics, Shirley Chisholm