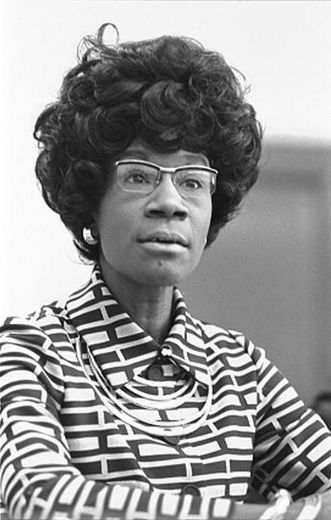 by CONGRESSWOMAN BARBARA LEE  via https://www.essence.com

50 years ago today, Shirley Chisholm of Brooklyn shattered the glass ceiling to become the first Black woman elected to Congress. On that day, she wasn’t just running for office — she was running against history.

No one expected Shirley Chisholm to win her election. Her opponent dismissed her as a “little schoolteacher,” and told voters that the district needed “a man’s voice in Washington.” After she won, many members hoped she would recede into the background — or go along to get along. But that wasn’t Shirley Chisholm’s style.

Her campaign slogan was “unbought and unbossed.” And her colleagues soon found out that the slogan wasn’t just a catchy phrase — it was a force that drove her to oppose the Vietnam War, fight for the rights of immigrants and low-income families, and help establish the Congressional Black Caucus.

“I have no intention of just sitting quietly and observing,” Shirley Chisholm told her congressional colleagues after her election. “I intend to focus on the nation’s problems.”

Four years later, she made history once again — as the first African American and the …

Continue Reading
You may also like...
Related Topics:Shirley Chisholm