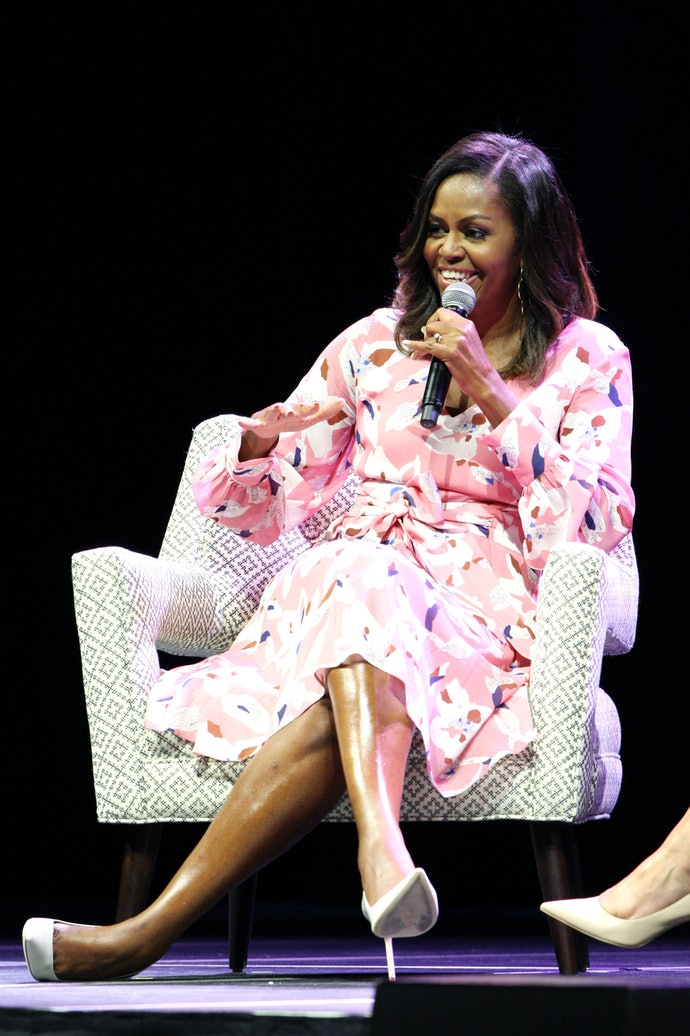 Being hit by racist attacks hurts, no matter who you are and no matter how far you’ve risen. That was part of the message that former First Lady Michelle Obama had for a crowd of 8,000 supporters at the recent Women’s Foundation of Colorado’s 30th anniversary celebration, according to the Washington Post. In her biggest speech to date since the 2016 election, Obama talked about what it was like to deal with an onslaught of racist attacks while living in the public eye. But she also talked about something far more personal: how she managed to raise healthy, successful daughters in spite of that same negativity. In fact, Michelle Obama’s quote about raising daughters seems tailor-made for mothers of color worried about helping their children deal with racism: protect them with positivity.

The Denver Post reported that Obama’s speech touched on her achievements as the first African American First Lady, as well as the plans she holds for the future. But, it was impossible to talk about Obama’s historic moment without touching on the significant number of attacks hurled at her from critics: Obama was called “not classy enough” to be first lady, criticized for her appearance, and disrespected in ways that ranged from mean to downright ridiculous.

“The shards that cut me the deepest were the ones that intended to cut,” Obama said, according to the Post. “Knowing that after eight years of working really hard for this country, there are still people who won’t see me for what I am because of my skin color.” Still, she urged women not to hide the wounds from those attacks, adding that doing so only gives the attackers another kind of win:

Women, we endure those cuts in so many ways that we don’t even notice we’re cut. We are living with small tiny cuts, and we are bleeding every single day. And we’re still getting up.

But her most positive message came when the conversation turned to how to protect and grow the next generation of women leaders, despite the everyday hurts of racism and gender-based discrimination. Obama, who managed to raise two high-achieving daughters while under constant scrutiny, said that surrounding little girls with positive messages is critical to helping them …