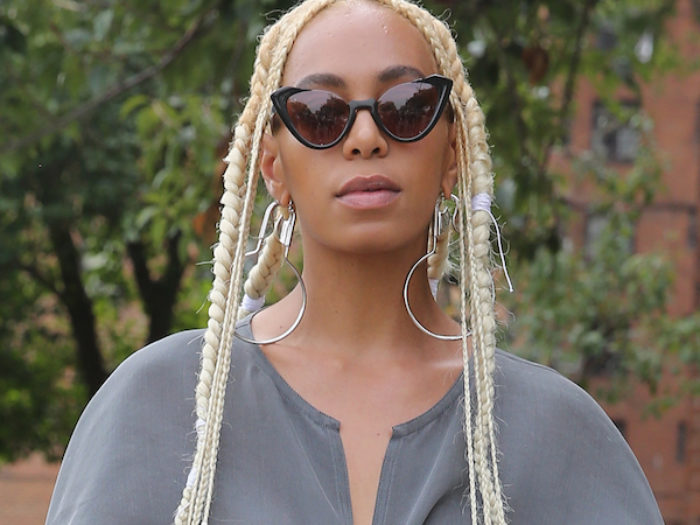 Don’t touch a Black woman’s hair. That is a law that I thought everyone was hip to by now — but clearly not. Just take a look at Evening Standard magazine, which took one of the biggest Ls I’ve seen in the past 24 hours. (As someone who is constantly tapped into the internet, that is a big statement.)

The magazine shot one of modern day’s Black feminist deities, Solange Knowles, for its latest cover but then decided to Photoshop out her meticulously crafted, sculptural blonde braids. The original image featured a circular braid that, to me, is reminiscent of a divine aura — but her crown was edited out for the actual cover.

Solange then called out the magazine on Instagram, posting the unedited image and referencing her powerful song, “Don’t Touch My Hair.”

I’m left questioning all that media does these days in order to appear “woke.”

Sure, it’s cool to be “socially aware” and promote the faces of the Black revolution, but how aware can you be if you choose to erase such a big part of the Black experience?

Black people get talked down to, judged, and excluded from lucrative opportunities all because of the magic that’s growing from our scalp. Children are threatened with suspension from school for a Black hairstyle. Black girls have needed to organize campus protests just so they can wear afros.

For Solange to be where she is in her career, to have her enormous platform, and still choose to rock unmistakably Black hairstyles is a proclamation. Her hair is a big “fuck you” to oppressive entities, so when you edit her hair, you edit her essence.

I spoke with Daria Ritch, the photographer who captured the original image, and she shared a similar…