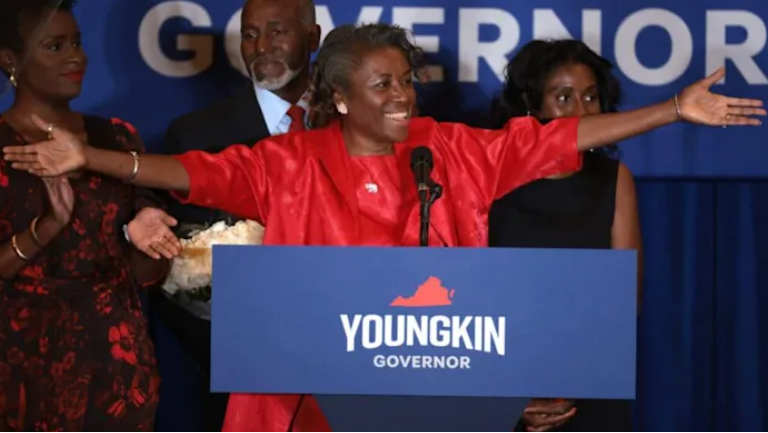 by Gerren Keith Gaynor via https://news.yahoo.com/

Sears, an immigrant from Jamaica, said her historic election was living proof that the United States is not a divided country.

Winsome Sears, a conservative Republican, has made history as the first Black woman to be elected as Virginia’s lieutenant governor. She joins Glenn Youngkin — who defeated Democrat Terry McAuliffe in Tuesday’s gubernatorial race — as the commonwealth’s new executive leadership.

“I’m at a loss for words for the first time in my life,” Sears said to a crowd of supporters at governor-elect Youngkin’s campaign headquarters, according to CNN political reporter Eva McKend. “This country has done so much for me, I was willing to die for it.”

Sears, an immigrant from Jamaica, said her historic election is living proof that the United States is not a divided country, sending a political message…