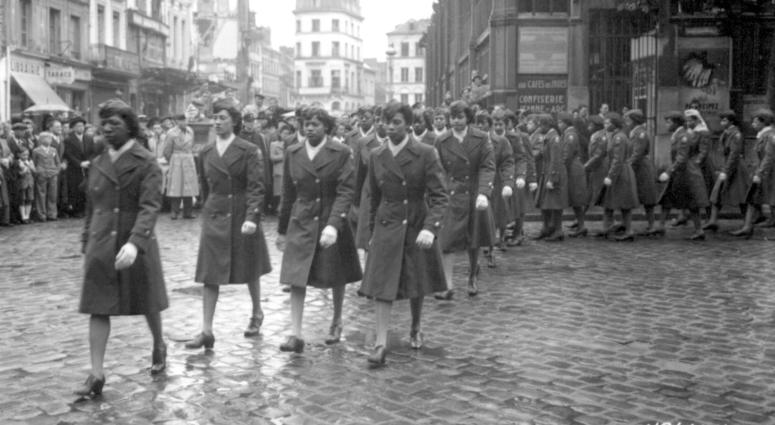 By:  KAYLAH JACKSON  via https://connectingvets.radio.com

The contributions of over 800 African American women who sorted mail in a segregated unit during WWII were recognized Friday in Fort Leavenworth, Kansas, with a monument erected in their honor.

“No mail, no morale,” was the motto of the 6888th Central Postal Directory Battalion, the U.S. Army’s only all-African American and all-female unit during the Second World War.

Often referred to as the “Six-Triple-Eight,” the unit was made of up 824 enlisted and 31 officer women, who were originally from the Women’s Army Corps, Army Service Forces and Army Air Forces.

While many African American nurses served overseas in combat zones, WAC units remained separated and women of color were only allowed to serve overseas depending on the “needs of the Army.” The military faced pressure for African Americans WACs to serve in overseas components and eventually a request for 800 women to serve in the European Theatre was approved.

In 1945, warehouses and Red Cross workers in England became overwhelmed with a backlog of mail and packages addressed to U.S. service members. The hundreds of women who ..

Continue Reading
You may also like...
Related Topics:US Army