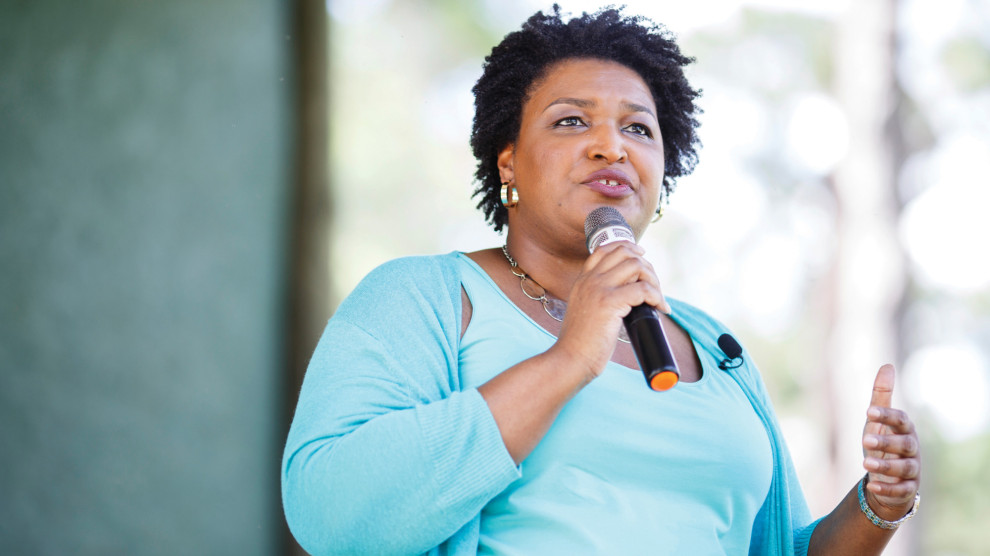 By JAMILAH KING via https://www.motherjones.com

“There’s no wrong time for a black woman to be in charge.”

On a warm Friday evening in late February, Stacey Abrams held a fundraiser at Old Lady Gang, a popular Atlanta soul food restaurant owned by Kandi Burruss, the star of The Real Housewives of Atlanta. Abrams is running for governor of Georgia. If she wins, she won’t just be the state’s first black female governor, but the nation’s. Every detail of this evening had been strategically planned to play up Abrams’ appeal to black women.

Nearly all of the hundred or so donors had just come from Power Rising, a conference about black women in politics. The celebrity host was Erika Alexander, an actress and producer best known for her role in the ’90s sitcom Living Single. A who’s who of black women Democratic officeholders had shown up to support Abrams: Rep. Frederica Wilson, the bedazzled-cowboy-hat-wearing Florida congresswoman who chastised President Donald Trump for allegedly telling the widow of a dead soldier that “he knew what he signed up for”; Rep. Gwen Moore, Wisconsin’s first black representative; and Rep. Alma …

Read More: America Has Never Had a Black Woman Governor. Stacey Abrams Has Something to Say About That.